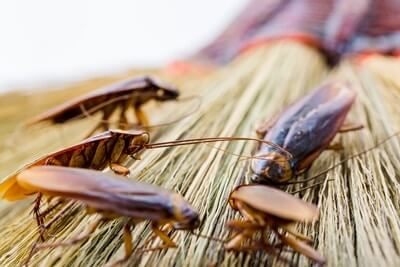 Cockroaches are persistent and difficult to kill. In fact, it’s rumored that they could survive a nuclear war, but this is just a myth related to the hardiness of cockroaches. Another rumor is that cockroaches can regrow or live without certain body parts. As tough as they may seem, cockroaches aren’t as indestructible as popular culture depicts.

Cockroaches can regrow their limbs, but they cannot regrow their heads. Both the body and the head can survive for long periods of time, but regrowing a head is impossible. Baby roaches in development, called nymphs, are resilient and can regenerate tissues following major injuries. However, extensive damage to the tissues and muscles of cockroaches results in their inability to regenerate.

Cockroaches need varying amounts of time to regrow their limbs. This depends on if the limb was shed purposefully or due to an attack or injury. Once a limb is fully regenerated, it will grow back just as strong as the original. However, it may have different segments or a different number of muscles. Usually, cockroaches can only regenerate if they can remain active during recovery.

Cockroaches can regrow their limbs. Like many invertebrates, they possess a regeneration ability that makes this possible.  Invertebrates have a hard exterior, so they must go through a molting cycle to grow. When adult cockroaches lose limbs, they regrow them during this cycle.

It will take several molts, though, and the limb will be tiny at the outset. The limb will grow bigger after each molt, having essentially started from the beginning.

How Do Cockroaches Regenerate Body Parts?

Cockroaches have complex DNA. This gives them many advantages – one of the most impressive being limb regeneration. According to the scientific journal Nature Communications, there are three main reasons why cockroaches regrow their limbs so effectively:

The most common type of cockroach in the U.S. is the American cockroach. When its DNA was compared to that of termites and the German cockroach, it was discovered that the American roach has the largest genome.

Genomes are the complete set of genetic data that an organism has. Due to cockroaches having such large genomes, they can contain more information in their DNA, allowing for a more complex biological network. This network creates signaling pathways in the limbs of cockroaches. That instructs nerves to regenerate if limb tissue has been damaged or amputated. So, cockroaches regenerate because their body remembers how.

Cockroaches regenerate legs so effectively because of their ability to survive under less-than-ideal situations.

To fully regrow their limbs, cockroaches must be healthy and have a sufficient amount of energy to spare. Cockroaches are resilient creatures that can survive an entire month without food and a week without water. This gives them the endurance to regenerate limbs and ensures their survival even in the most difficult circumstances.

Cockroach species that live near humans are more exposed to toxins and pathogens. They feast off fermented human foods, which exposes them to certain chemicals found in processed foods. These pathogens may cause changes in animals. It could alter the structure of their genome temporarily or permanently.

However, cockroaches are adaptable, with what scientists call high developmental plasticity. This means that it does not deter their DNA from functioning properly despite their constant intake of pathogens. Pesticides and roach poisons won’t stop cockroaches from regenerating limbs.

How Long Does It Take for Cockroaches to Regrow Limbs?

The regeneration time for a cockroach will depend on:

While all these factors matter, some are more important. For example, regeneration time depends on if a cockroach sheds the leg or is taken off unwillfully. This was proven by researcher Timothy C. Marzullo and his team as they studied the regeneration pace of different roaches.

Roaches will shed a limb. This is known as losing a body part through autotomy. A cockroach may cast off a body part:

In this case, cockroaches regenerate the first, smaller stage of their limb after 5 weeks.

What If A Cockroach’s Leg Gets Ripped Off?

If a human or predator tears off a cockroach’s leg, this counts as non-purposeful limb removal. Here, the pest will lose its coxa stump too. That makes regeneration far more time-consuming because it’ll damage the area above the femur joint. Researchers called these coxa-cut limbs. If the roach has a coxa-cut limb, the pest has to grow back:

All of that has to finish before the roach can start properly molting. As such, there will not be any signs of regeneration until 12 weeks later. These limbs may also grow back smaller.

In both cases, limbs keep growing after each molt.

Is A Cockroach Still Active With Missing Limbs?

Cockroaches will resume their normal activities after losing 1 or 2 legs. So, if you’ve crushed a roach and found some legs left behind, don’t get excited. As long as it has a few limbs to scurry around on, it’ll wait to regenerate.

What’s more, this damage won’t hurt its overall lifespan. Cockroaches that have never lost a body part will live as long as those that have lost limbs.

Do Cockroach Legs Grow Back Stronger?

A cockroach’s new limb will not be stronger than its old limb. It also won’t be any weaker than the original. Despite this, there are some differences between the original limb and the regenerated one.

Regenerated legs are also smaller and lack the same amount of muscles the originals have. This doesn’t appear to affect the roach’s speed, which is its main advantage.

What Stops A Cockroach From Regenerating?

According to the University of Massachusetts, cockroaches can live without 1 or 2 legs, but regeneration may cause some issues. Here, a cockroach shed one limb but then lost more legs later on. The last leg to be removed was the one that controlled when the molting cycle started.

As such, a roach may be accidentally forced to live without a body part for longer. If it’s waiting for the molting cycle to fix their body and then encounter a second (or third) accident, that molt is delayed. Since roaches use their tarsal segments to maneuver around corners while escaping predators, this delay lowers their chances of survival.

How Often Do Roaches Grow Back Limbs?

Scientists have found that most cockroaches regenerate 3 to 4 legs in their lifetime. However, this is usually because the limb is willfully shed.

On the whole, when a cockroach sustains enough damage to lose a body part, their problem doesn’t stop there. Predators, be they humans or animals, are quick to follow up the attack. This damages parts of the cockroach’s body that cannot be regenerated.

As such, it’s believed that 95% of the limbs regenerated by cockroaches in the wild are done through willful shedding.

Can Roaches Bleed Out Before Regenerating?

Cockroaches can’t bleed to death. That’s because they have an open circulatory system, meaning their blood isn’t contained by pressure like ours. When a cockroach is decapitated, for example, the neck will seal itself through clotting. Likewise, if they lose a limb, the stump will not gush blood.

Can Cockroaches Survive Without Their Heads?

Cockroaches can, technically, survive without their head. In fact, the body can function separately from the head for weeks at a time. However, a roach body cannot do much without a head. Likewise, the head can’t do much without a body. This usually leads to the death of both.

The head is where cockroaches have their antenna. This is used to sense their surroundings. If a cockroach is beheaded, it will no longer be able to look for shelter. The body will stay in one place until it:

Will Cockroaches Suffocate Without A Head?

Cockroaches don’t even need their heads to breathe. They take in air from small holes they have along each segment of their bodies. As for food, they can survive a whole month without it. However, the body will eventually starve to death because it cannot find anything without its antennas.

Will A Cockroach Be Active Without A Head?

The head and the body can survive despite being separated. Each segmented part of a roach has a cluster of nerves that are capable of basic reflexes. Because of this, decapitated cockroaches can still move and react to stimulation. The antennas on their heads also continue moving for a few hours until it runs out of energy. If kept near nutrients and refrigerated, the head lasts a lot longer.

Despite how creepy it may sound, a cockroach head separated from the body isn’t actually alive. It can function on a basic level without it, but the body provides the brain a great deal of sensory information.

Cockroaches have remarkable memories. However, when a body part is missing, scientists have trouble teaching cockroaches anything. Without the body, the head is just a bundle of nerves and tissues.

Can Cockroaches Regrow Their Heads?

Cockroaches cannot regrow their heads. The head is where all their hormones are, and the hormones dictate a cockroach’s regeneration. Just like the head depends on the body for sensory information, the body depends on distributing the hormones.

Researchers confirmed this by cutting off the limbs of cockroaches and then ligating their heads within 2 days. The limbs did not regenerate. Without a head, cockroaches are unable to regrow any part of their bodies.

Can A Cockroach Regenerate Its Main Body?

It’s not understood if a cockroach is capable of regenerating its main body. Several factors will kill the roach before it has a chance to try. The molting process does allow roaches to heal from an impressive range of injuries, large and small. However, if you squash a roach, this can damage its ability to move.

Even if its head is left intact, you may harm its nervous system to the point of paralyzing its legs. In this case, the roach will be unable to flee from danger or eat. As a result, the creature will die long before it has a chance to regenerate.

Cockroaches will molt less frequently in adulthood. While a nymph will undergo 12 to 13 different molts to reach its full size and shape, an adult will molt far more rarely. This means that extensive damage could be irreparable, as the roach would need to start from scratch. When that concerns the majority of a cockroache’s body, that’s not possible.