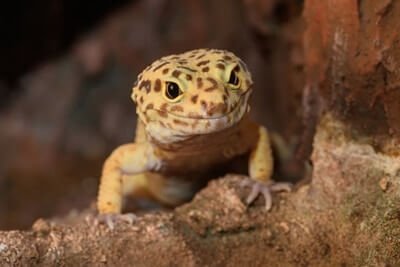 Natural predators help ensure that the cockroach population doesn’t grow unsustainably large, thus enabling these insects to contribute positively to the ecosystem. As a food source for other living creatures, cockroaches can play a vital role in the food chain and keep the world in a self-sustaining cycle.

Cockroaches are eaten by certain birds, amphibians, rodents, lizards, insects, and arachnids. While this motivates people to look into natural predators as pest control methods, this should be approached with caution. Some of these animals aren’t safe in the home, and they’re unlikely to remove an entire infestation.

Roaches seem unstoppable like unstoppable pests, with some even building immunity against pesticides. In the end, roaches are just an insect, and nearly all living creatures have a natural predator.

According to Molecular Biology and Evolution at Oxford University Press, the fossil record of cockroaches hints that the extant families of those in our homes today evolved during the breakup of the Pangaea supercontinent. Through the ages, roaches have been a food source.

In the wild, lizards are the most common predator of roaches. Although most of these reptiles don’t have teeth, this doesn’t prevent them from overcoming the roach’s dense exoskeleton.

Instead, they rely on the digestive process to wear down the shell and transform them into nutrients. Paired with fast-moving tongues that can capture bugs, the cockroach’s speed of movement isn’t an issue to the lizard.

Lizards only feed on bugs that are the length of the space between their eyes. The common house gecko can consume up to 20 roaches per serving.

Geckos are nimble and quick to catch cockroaches with their tongues. They’re found in the same environments that roaches choose for developing their colonies. House geckos hide in dark, quiet areas.

Skinks feed on larger invertebrates like grubs, crickets, ladybeetles, and various insects with an exoskeleton. Their hunting instincts have developed to target bugs, so roaches are also prey to these animals.

Chameleons have a sticky tongue and almost 360-degree vision. This is handy for spotting the elusive cockroaches that scurry around in the wild. Although not all varieties of chameleons are interested in roaches, veiled chameleons do eat cockroaches. These lizards will lay in wait until a cockroach wanders into their striking range.

These semi-arboreal reptiles have strong jaws and spend a lot of time on tree branches. They hunt the forest-dwelling classes of roach, such as wood roaches. They could adapt to eat American cockroaches, German cockroaches, Oriental cockroaches, and other species if given the opportunity.

Green Iguanas are recognized as herbivores. However, a lesser-known fact is that they’re good at adapting to different environments. Iguanas kept as pets in urban homes prey on roaches and other insects.

Insects are a large body of natural cockroach predators. Because they live in similar environments and are often found building nests in similar places, they often encounter each other.

These wasps directly sting the roach’s brain, paralyzing it momentarily. The wasp then proceeds to lay its eggs in the belly of the cockroach. When the young hatch out of the wasp egg, they consume the roach.

Other wasp species also target the egg sacs of roaches, completing this same lifecycle with the roach’s own young.

These stealthy predators can consume anything from mosquitos to roaches to small rodents. Although they usually prey on small breeds of cockroaches, they are skilled at ambushing and attacking all sizes of these pests.

Centipedes eat cockroaches. With their multiple legs and powerful bodies, they can curl around roaches. This inhibits the roach’s ability to fly, flee, or defend itself. The centipede will then feed on the cockroach.

Certain types of arachnids also predate on cockroaches, including:

Huntsman spiders are capable of quickly ambushing roaches and using a potent venom to immobilize them. Unlike other spiders, they don’t use a web to capture their prey.

These nocturnal spiders go to work when the lights are out. Much like their relative, the huntsman spider, recluses don’t need webs to trap prey. Instead, they use venom to immobilize cockroaches.

Birds are among the most common natural predators of cockroaches. In the wild, cockroaches serve as a rich source of protein and calories for birds.

According to the Institute of Stem Cell Biology and Regenerative Medicine in India, ‘roach milk,’ or the organic protein crystals found in the gut of one roach species, are considered a superfood. There are several birds found in untainted nature that feed on cockroaches. These include:

Frogs or toads catch cockroaches in swampy areas. As amphibians hunt and rest near lakes and ponds, they catch roaches searching for water and food. These species of frogs eat cockroaches:

Various fungi can grow on roaches and eat away at them, eventually resulting in death. Roaches are exposed to fungi through damp and spore-infested areas. The fungal spores will then hook on and proliferate once inside its body.

The infected roach will be found moving around the wild in a scattered fashion. After about two weeks, the roach will die. This provides the fungus with a way to reproduce, feed, and enjoy shelter.

According to the College of Life Science, roaches form symbiotic relationships with various microbes. These thrive on cockroaches, which contributes to how they spread disease and illness. Other microbes are far less give-and-take; instead, they prey on roaches. In particular, entomopathogenic fungi are groups that act as a parasite on insects.

Fungus is among the greatest threats to household roaches. When a roach loses a limb, is stunned by pesticides, or is otherwise damaged, it is vulnerable to fungus. Here’s why:

The fungus will pierce into the roach and propagate, which damages the internal organs.

Will Animals Kill Cockroaches in The Home?

If you’re looking for a natural way to curb the roaches in your home, you may consider using the predators that roaches fear in the wild.

According to Florida Entomologist, 85% of U.S. households have at least one pesticide to handle bugs or rodents. Even still, this can be dangerous to the health of pets, children, and people with compromised immune systems.

However, it is possible to use natural predators to kill roaches. Keeping geckos and huntsman spiders is a common practice for some homeowners. This not only curbs roaches but also other unwanted bugs that frequent your living space. Unfortunately, this practice isn’t without risk.

Predator May Be Dangerous

The birds, centipedes, brown recluse spiders, and some toad species can be dangerous to the health of humans.

Some of them cannot be domesticated and will cause chaos in your home. Others are venomous, unclean, or prone to aggression. This could leave you trading out one problem for another.

Avoid introducing invasive species to your environment as they multiply in number quickly. A well-known example is the cane toad problem in Australia. Brought into the island continent from Hawaii in 1935, this toad species was introduced to curb the beetles that wreaked havoc on Australian sugar cane fields.

The toads unbalanced the food chain, grew quickly in number and became an invasive species. The toads are now responsible for eradicating several native animals. They also killed some predatory species of the toad because of the accumulated toxins in their bodies.

Roaches are just as vulnerable to predators as any other living creature in the wild. Even animals that aren’t their natural predators for cockroaches will treat them as a food source. Although cockroaches seem indestructible to humans, they’re just prey in the food chain to other insects, birds, amphibians, and reptiles.