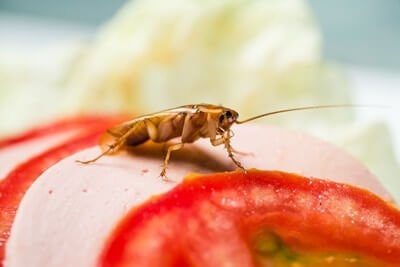 Not only are cockroaches difficult to kill, but they don’t seem to be that affected by sound. That said, if they know predators are around, such as humans and household pets, they’ll make themselves scarce. As a result, making some level of noise could keep cockroaches away.

Cockroaches use sensory organs to detect sound waves and changes in air pressure, including leg hairs, antennae, and the cerci. This alerts cockroaches of danger, food, and the location of their colony. Because these organs detect vibration, cockroaches hate the sound of clapping, doors slamming, and stomping.

Cockroaches’ hearing capabilities aren’t widely documented, but anecdotal evidence suggests that they prefer to stay away from danger and remain hidden whenever they detect unknown sound waves. That’s one of the reasons why cockroaches come out at night when it’s significantly quieter.

Are Cockroaches Scared of Sound?

Cockroaches can’t hear sound in the same way that humans can. According to the Journal of Experimental Biology, American cockroaches are thought to be completely deaf.

However, recordings have found a sense organ that’s sensitive to sound and vibration in nerve 5 of the metathoracic legs. However, this sound only reached 1.8 kHz, which isn’t particularly loud.

Instead, cockroaches rely on other senses to hear. For example, cockroaches detect danger using their antennae. They also have sensory hairs on their legs that can detect vibration.

Similarly, cockroaches have a pair of sensory organs called the cerci. According to Lancaster University, these are located on the end of the abdomen and can sense vibrations through the air and on the ground. They work in a similar way to the antennae.

The legs start running whenever the cerci feel a vibration, even before the brain receives the signal. This is part of why cockroaches are so hard to catch and kill.

If you’re looking to repel cockroaches using sound, accompany the noise with movement so that they can detect it.

While cockroaches prefer to come out at night when they’re most protected, they’re relatively brave pests. It’s not uncommon to see cockroaches scurrying across the floor during the day as they look for food and water.

However, if cockroaches know that you’re around, they’ll tuck themselves away in the smallest places until it’s safe to come out. As a result, you may be able to repel them using sounds that cockroaches don’t like.

If you’ve seen a cockroach in your house but don’t know where it’s lurking, stomp around the house to alert the cockroach that you’re there. It’s believed that cockroaches can sense the air movements your feet create.

Their cerci will be activated before the cockroach has figured out what’s causing the air movements, causing them to scurry out of harm’s way.

Amazingly, the time it takes for their legs to detect the movement and start running is around 40 to 50 thousandths of a second, meaning you’re unlikely ever to know that the cockroach was there.

Clapping has the same effect as stomping. Scientific American explains that when you clap your hands, you displace air particles around your hands, creating a compression wave that travels around the air.

Similarly, continuous clapping repeatedly compresses and displaces the air articles, leaving less time between each one. Cockroaches sense the air movement, which tells them that there’s something in their environment that they need to run away from. As a result, clapping causes them to hide.

Many cockroaches congregate in kitchens and bathrooms where there’s food and water. Cockroaches eat soap and other starch-based toiletries, so all corners of your house are at risk.

However, if you slam kitchen and bathroom cupboard doors, you’re likely to scare cockroaches away – at least while you’re in the room. Again, this won’t remove or eliminate your pest problem, but it makes you less likely to come into contact with a roach, making conditions a bit more bearable.

Cockroaches can’t hear music in the same way that we can. This means it won’t attract or repel them. However, cockroaches are likely to be able to detect vibrations from music.

Heavy bass music turned up loud will create more vibrations than music played from a quiet radio. However, audio signals cause the radio speaker’s diaphragm to vibrate, making sound waves that cockroaches can detect.

While your music’s playing, cockroaches are likely to avoid the room it’s in or hide out of the way, at the very least. That’s because the threat level is too great.

Ultrasound frequencies greater than 20 kHz are too high for most humans to hear.

Similarly, we can’t hear anything below 20 Hz. This is known as infrasonic sound. We’re not as sensitive to ultrasound because our eardrums can’t vibrate as fast as ultrasound waves.

In contrast, the sensory hairs on a cockroach’s legs can detect even the slightest air movement. These hairs also pick up sounds, working alongside the antennae to hear and feel what many other creatures can’t.

This allows cockroaches to:

Ultrasonic pest repellers are becoming a popular cockroach control method by those who don’t want to use toxic fumes and chemicals around their home.

However, according to the Journal of Economic Entomology, researchers measured nine commercially manufactured pest control devices against German cockroaches. While the devices produced ultrasound, the cockroaches entered the rooms with the devices as readily as rooms without them.

This means that these devices are unlikely to be effective as other pest control methods. Similarly, while it’s unknown which frequencies repel cockroaches, these findings indicate that while cockroaches can hear ultrasound, they’re unaffected by it.

What Sound Waves Keep Roaches Away?

Electronic high-frequency sound devices are mostly ineffective at controlling cockroach populations. Not only do cockroaches ignore the sound, but they grow accustomed to them after a while.

However, longitudinal waves are most likely to be effective against cockroaches. These sound waves are caused by clapping, music woofers, and vibrating drumheads.

While using sound to repel cockroaches isn’t a widely explored concept, it might work for you. Make as much noise as possible to drive cockroaches into hiding. Perhaps leave the radio on in the room where you spend the most time.