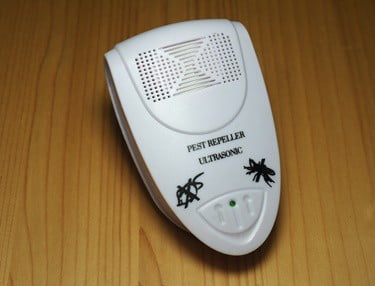 Cockroaches are one of the worst kinds of pests to have in your home. They reproduce quickly and eat pretty much anything, even decaying matter. Ultrasonic devices are an alternative pest control method to poisons, preventing them from infesting homes before becoming a problem. But how well do ultrasonic roach repellents work?

Ultrasonic devices aren’t proven to work against cockroaches. Studies suggest they’re likely inefficient as a method of pest control. While roaches can hear ultrasonic frequencies, it doesn’t seem to bother them. Cockroaches also get used to the sound and are more affected by longitudinal waves created by movement, like clapping or doors slamming. Ultrasonic frequencies get blocked by furniture and are only transmitted a short distance.

Cockroaches have excellent hearing abilities, so it’s possible that ultrasonic sound waves repel them, but other pest control methods, such as essential oils, are more effective and are more successful at keeping roaches away.

The theory behind repellent devices is that they produce enough sound to drive cockroaches away, preventing them from invading your home.

Unfortunately, there isn’t much research into whether ultrasonic pest repellers are effective against cockroaches. Even though they’ve become a more popular method of pest control with homeowners looking to avoid using harmful chemicals, studies suggest they’re not the best method of best management.

In a study published by the Journal of Economic Entomology, researchers used nine ultrasound-producing pest control devices against German cockroaches to test the effects. Unfortunately, cockroaches readily entered the rooms the decides were in, suggesting they’re not very effective.

Another study by Insect Science tested the efficiency of three commercial ultrasonic devices and found that not one of them demonstrated sufficient repelling abilities against cockroaches, failing to provide evidence that ultrasonic technology’s an effective pest control management method. Other issues with ultrasonic pest repellers include:

However, it’s not all bad news. Another study published in the Journal of Economic Entomology confined several German cockroaches into 1.2-meter plywood cubes for seven days with food, water, and an ultrasonic device.

Researchers connected pairs of cubes by a length of cubing, with one containing an active ultrasonic-emitting device. Researchers found that cockroaches preferred the areas without ultrasonic devices, so they may have some effect.

Commercial ultrasonic pest repellers are designed to emit frequencies between 20 kHz to 100 kHz. For context, US frequencies above 20 kHz are inaudible to adults, while children can hear up to 30 kHz. Insects, such as cockroaches, mosquitos, and flies, respond to ultrasound frequencies ranging from 38 and 44 kHz.

Ultrasound has high frequencies, so the waves are powerful. Roaches pick up ultrasound through their sensory hairs, which scares and confuses them. It also creates stress to the nervous system, causing them to flee when in close range.

What Frequency Do Cockroaches Hate?

Even though it seems that cockroaches aren’t too affected by ultrasonic frequencies, they’re more bothered by longitudinal sound waves, which are caused by:

Longitudinal waves are created when the disturbance moves with the wave in the same direction. Once the waves reach a cockroach’s fine hairs and sensory organs, they will run away from danger. In fact, one of the reasons cockroaches are so adaptable is because they keep themselves safe whenever they feel, hear, and sense hazards.

However, cockroaches soon get used to sounds, and after a while, they stop being a problem, especially if they learn that there are no dangers present.

It’s widely debated whether ultrasound frequencies repel cockroaches or not – more studies are needed on the subject to know for sure. There’s anecdotal evidence from homeowners to suggest that high frequency works against roaches, so it may work for some, but the effectiveness hasn’t been proven.

When it comes to cockroaches, smells make better repellents than ultrasonic devices. Roaches are deterred by many scents that humans enjoy, such as:

As described by the Journal of Experimental Biology, roaches have an excellent sense of smell – so much so that American cockroaches can track odors. Interestingly, they don’t have a nose. They detect odors with their antennae. While roaches may ignore smells, they are a useful repellent and a good alternative to chemicals and pesticides. You can also use them alongside ultrasound devices for even better results.

Ultrasonic pest devices are supposed to emit frequencies above what humans can hear. Unfortunately, that doesn’t make us immune to side effects. According to Proceedings Mathematical, Physical and Engineering Sciences, exposure to ultrasonic noise can cause the following symptoms:

Children and young teenagers are more likely to experience these symptoms than adults and may not realize that the ultrasonic devices are the cause, prolonging the problem. That being said, they’re not toxic and poisonous. To prevent unwanted side effects, choose a device that’s:

This will leave you more likely to find a high-quality device.

As long as you don’t have small pets or young children that are susceptible to the effects of ultrasound, there’s no harm in trying a device in your home before you resort to chemicals and pesticides. Some people have noticed a small amount of success, so you may find they discourage cockroaches from setting up home in yours.