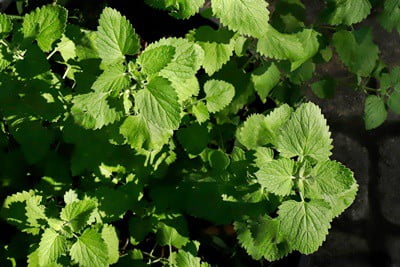 While pesticides and diatomaceous earth are time-tested pest control methods, placing catnip around your home could keep cockroaches away.

Catnip contains a compound called nepetalactone which confuses cockroaches, throwing their senses off balance. You can sprinkle catnip in areas cockroaches are likely to live or put catnip in sachets to hang. Alternatively, you can make catnip tea and spray it around your home as a cockroach deterrent.

Catnip isn’t a cockroach killer, but it could keep them away. It may also stop cockroaches from coming back to your home if they’ve been a problem in the past.

Table of Contents show
1 What Does Catnip Do To Cockroaches?
2 How To Use Catnip To Get Rid of Cockroaches
2.1 Make Catnip Tea
2.2 Sprinkle Catnip Strategically
2.3 Spray Cockroaches
3 What Smells Keep Roaches Away?
3.1 Peppermint
3.2 Eucalyptus
3.3 Rosemary
3.4 Oregano
3.5 Lemon
3.6 Cedarwood
3.7 Cypress
3.8 Bay Leaves
3.9 Related Articles:

What Does Catnip Do To Cockroaches?

Catnip is a natural cockroach repellent. Cockroaches are sensitive to two forms of the chemical nepetalactone, the active ingredient found in the catnip plant. It’s also part of the same family as mint, which is toxic to cockroaches.

A study by researchers at the Iowa State University found that catnip is 100 times more effective at repelling cockroaches than DEET, the most common active ingredient in insect repellents.

Catnip won’t kill cockroaches, but it’ll keep them out of the home. It may also drive them out. The chemical nepetalactone does this by confusing their nerves, causing them to lose all sense of direction.

How To Use Catnip To Get Rid of Cockroaches

A study by Science Daily found that placing catnip around the home repels German cockroaches.

It could even be a more effective method of pest control than using harsh chemicals and pesticides. If you have pets or small children in the home, a natural cockroach remedy is the safest option.

If you have a pet cat, using catnip as a method of cockroach control might be unsuitable. Some cats are unaffected by catnip, while others become psychotic.

If you plant to us catnip to repel cockroaches, you can do so as follows:

Here’s how to make a catnip tea for cockroaches:

If you have a large cockroach infestation, catnip tea is unlikely to be effective.

Using whole catnip leaves produces a potent scent that will repel cockroaches. To do so:

Consider putting the catnip into small bags that you can seal.

To drive cockroaches away, you can spray them directly with catnip tea when you see them.

What Smells Keep Roaches Away?

Cockroaches are more than an annoyance, and dealing with an infestation can be difficult. To keep cockroaches out of your home, the following herbs and essential oils are natural, effective repellents:

Peppermint is a natural repellent that’s potent enough to keep cockroaches at bay. It’s also toxic for cockroaches. If they come into contact with peppermint oil, it’ll eventually kill them.

To use it, mix several drops of peppermint oil with water and spray it wherever cockroaches reside.

Eucalyptus seems to confuse and alarm cockroaches. You can create a spray solution by adding 10 drops of eucalyptus oil to 3 oz of water. Put it into a clean spray bottle and spray the mixture around the infested area. The cockroaches won’t be able to bear the smell and will find somewhere else to live.

One of the main benefits of using eucalyptus oil is that you can use it to repel other creatures, such as moths and flies. It’s also safe around pets and children.

According to the Journal of Arthropod-Borne Diseases, rosemary oil is the most toxic oil against brown-banded cockroaches after an extensive study. Researchers found that a concentration range of 2.5% to 30% rosemary delivered 100% mortality.

Cut fresh rosemary into 2-3 inch long pieces and sprinkle them where roaches are likely to go. You can also place dried rosemary into a container or sachet like catnip, and it should work as effectively. Place it around sewage pipes, under the fridge, and behind kitchen cupboards.

Oregano is a perennial herb that’s most commonly used to season food. It’s also highly effective at keeping cockroaches away and has been found to be the most repellent oil compared to eucalyptus, mint, yarrow, and rosemary. Not only that, but it’s as effective as synthetic pesticides.

Oregano can repel roaches up to one week after application, so you don’t need much to prevent an infestation. Like most essential oils, diluting it in water and putting it into a spray bottle is the easiest way to use it. However, you can also dissolve dried oregano into boiling water.

Lemon can help repel cockroaches. While it’s not as effective as other essential oils, lemon is found in several household cleaning products. Lemon’s also a common fruit, so they’re easy to get hold of from grocery stores.

Using lemon to clean your home can encourage cockroaches to think twice about setting up residence in your house. Keeping your house clean from food crumbs, grease, and oil is also a good idea, as it’ll remove any food sources.

You can repel cockroaches with cedarwood and cedar chips. Cedarwood doesn’t just keep cockroaches away but kills them on contact. That’s because it leaches moisture from them, drying them out and preventing them from absorbing the essential oils they need.

Cedarwood also disturbs their pheromones, disorienting them and preventing them from searching for food, mating, and reproducing. It also dissolves eggs, preventing the growth of new colonies.

Cypress oil is extracted from Mediterranean trees, which are naturally insect-repellent. To create one you can use at home, mix a few drops of cypress oil with water and spray it around your home, paying attention to the kitchen and bathroom. For an even stronger solution, add some peppermint oil to your spray bottle.

Bay leaves have insect-repelling compounds, including eucalyptol, which keeps cockroaches away from your house. However, bay leaves aren’t quite as powerful as other essential oils and natural scents, so you must use a lot for them to work effectively.

Scatter fresh bay leaves around your home, wherever you’ve seen cockroach activity. You could also use bay leaves as potpourri, placing them in every room of your home to be sure the cockroaches stay away. Dry bay leaves retain their fragrance for longer, meaning you won’t have to replace them quite as often.

Catnip is a good solution for dealing with cockroaches naturally, bypassing the need for harsh chemicals and pesticides. If you have pets or children, catnip is a safer way to control an infestation, minimizing the risk of them coming into contact with anything they shouldn’t.